I have a stock block 347 in my car and would like to know if anyone has experience swapping to an aftermarket fuel injection system. The car had a carbureted 302 when I bought it. I put in a new motor and have put 10,000 miles on it. I am thinking fuel injection is a good next mod. I do not have any stock f/I system components except for wiring harness. I would like advice on which system to go with. I was considering the Holley Sniper, but am on the fence with a bunch or specifics. Car is currently a t-5 manual, and is running the stock engine mechanical fan with a fluidyne radiator. Engine specs are below. Does anyone have real world experience as far as mpg, drivability, power, etc. I love the car when the weather is perfect, I drive it sometimes when it is not.

Joined Feb 22, 2019
·
23 Posts
The sniper provides the path of least resistance as well as cost. If you want to go full factory style efi then you will need all the other parts necessary: intake, throttle body, maf, sensors, injectors, ecm etc. Sniper works very well for your current application.
P

badlarry said:
I am thinking fuel injection is a good next mod. I do not have any stock f/I system components except for wiring harness. I would like advice on which system to go with. I was considering the Holley Sniper, but am on the fence with a bunch or specifics.

450 horse at flywheel motor do what F/I system should I be looking at??
Click to expand...

Are you set on sticking with a carb-style EFI? If so, the Pro-M setup won't help you much.

Joined Nov 28, 2017
·
160 Posts
Sniper. Ive done many and they work great and like the guy said above, its the path of least resistance for your current setup. The install is easy. I would recommend the holley Hyperspark distributor and Hyperspark cdi ignition box (if you dont already have a 6al box). Plug and play. and the sniper works much better when it can control the timing.
J

I am very happy with my Holley Terminator Stealth setup which is a throttle body injection EFI. Any of the Holley TBI units in the Sniper or Terminator are pretty straight forward to swap from Carb to EFI and are the easiest way to go EFI if you are carb now. I have loved mine you will drive the car so much more and mess with a carb / tuning so much less. they get you 90% there with the self tuning once dyno tuned the cars drive fantastic. Also if you can get a kit with the dominator computer its a big step up from the base kit for future potential and tuning options going forward. See my thread and results from the EFI swap below if you want more info. Good luck with your project.

Not arguing the Holley as it may be the better option, but wanted to make sure the info was out there.
► Show Full Signature
89 LX:
347 stock, Pro-M EFI, 4R70W
M

Joined Jul 20, 2018
·
10 Posts
I’m running the edelbrock Pro Flo 4 on my 347 and like it a lot. I’ve got a sniper with the hyperspark on another ride and I’m not all that impressed with it. I’m probably going to sell all the sniper stuff and go Pro Flo on both.
P

Everything I see on their website is port fuel injection, so they use a carb style throttle body, but the injectors are in the manifold. I don't see a self-contained TBI setup similar to the Holley or FiTech or Edelbrock systems.


mcbutterball said:
I’m running the edelbrock Pro Flo 4 on my 347 and like it a lot. I’ve got a sniper with the hyperspark on another ride and I’m not all that impressed with it. I’m probably going to sell all the sniper stuff and go Pro Flo on both.
Click to expand...

Not arguing the Holley as it may be the better option, but wanted to make sure the info was out there.
Click to expand...

Patrick Olsen said:
Would you mind going into more specifics? What about the Sniper leaves you unimpressed, and what's better on the Edelbrock setup?
Click to expand...

The sniper went on a Chevy 396 with a mild cam. I think 230° at .050. Plenty of vacuum. It was running pretty well with a super victor intake and a quickfuel carb. Msd distributor and digital 6 box. Swapped to the sniper and got it running but it never felt like fuel injection, I still had to pedal it to get it started, it wasn’t smooth. I played with it quite a bit and then I tried to wire in the distributor for timing control. It didn’t play well with the msd distributor. So I swapped to the hyperspark and kept the digital 6. It was an improvement but it honestly ran better with the carb and mechanical advance msd. I can’t get it to idle worth a damn below 900.

200 miles later I had an injector stick open.
Holley repaired it and sent it back. Leaks everywhere. So they swapped it for a new unit. Holley’s customer support is great.

The edelbrock is a full setup minus the pump. I already had an android tablet so that saved me a bit when I bought it. It went on a fresh built 347 with an Ed Curtis cam. 226 at .050. Trick Flow 58cc heads. 10.5 ish compression. The edelbrock started right up first try and as soon as it got to 165 it smoothed out and idled down. I’ve got it idling at 675 now. I did have to tweak the cranking fuel and the cold enrichment a bit, but that was a breeze compared to the sniper. The car starts like a modern fuel injected car now and it smooth throughout the whole throttle.

I got the Pro Flo on sale for like $1550 last year. Edelbrock was also running a promotion for a free sump. That saved me $375.

All in all the costs are similar. I already had the intake on the Chevy setup which is why I went with the sniper.

Oh I almost forgot. The sniper opens all 4 blades 1:1. That’s fun and all, but it was a little touchy to me. There’s a progressive linkage available but even after following the directions exactly, it made my engine run terrible. The progressive linkage, while it’s a setting you can enable in the sniper handheld, is not officially supported. Some people have had success with it after a lot of tweaking. I personally bought a self-learning efi to avoid that.

The edelbrock is progressive. 2 blades open initially, the other 2 open around 65% throttle.

Joined Jul 20, 2018
·
10 Posts
Another thing to consider, the sniper does not have user serviceable parts. If the unit was out of warranty I would’ve had to pay god knows how much for the stuck injector. The edelbrock unit uses parts that are easily replaceable.
R

I set it up by-the-book, started it, and drove twelve thousand miles - Power Tour and NSRA nationals.

Cost effective and it works.

Pics toward the bottom of this album. 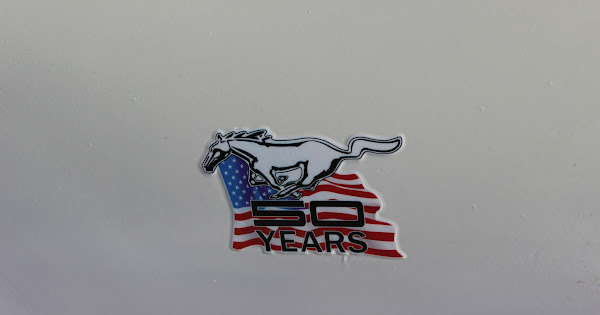 Joined Dec 16, 2003
·
5 Posts
I just installed Holley Terminator X but then had to go back to work (5 week rotation) I got it running but hadn't had time to mess with it other than cruising around the neighborhood while it was learning. I'm learning too, so put both together and no telling how it will work..lol. My 90 was carb'd too but I still had my EFI fuel lines, gave up up on carb and never going back.
1 - 18 of 18 Posts
Join the discussion
Continue with Facebook
Continue with Google
or sign up with email
Recommended Reading
Read More
Read More
About this Discussion
17 Replies
12 Participants
Last post:
85blk5.0conv 9 d ago
Ford Mustang Forums
A forum community dedicated to Ford Mustang owners and enthusiasts. Come join the discussion about performance, production numbers, VIN decoders, modifications, troubleshooting, power adders, DIY tutorials, and more!
Full Forum Listing
Explore Our Forums
5.0/5.8 Engine Tech General Mustang Tech Windsor Engine Parts GT & SOHC 94/95 Tech
Popular Communities